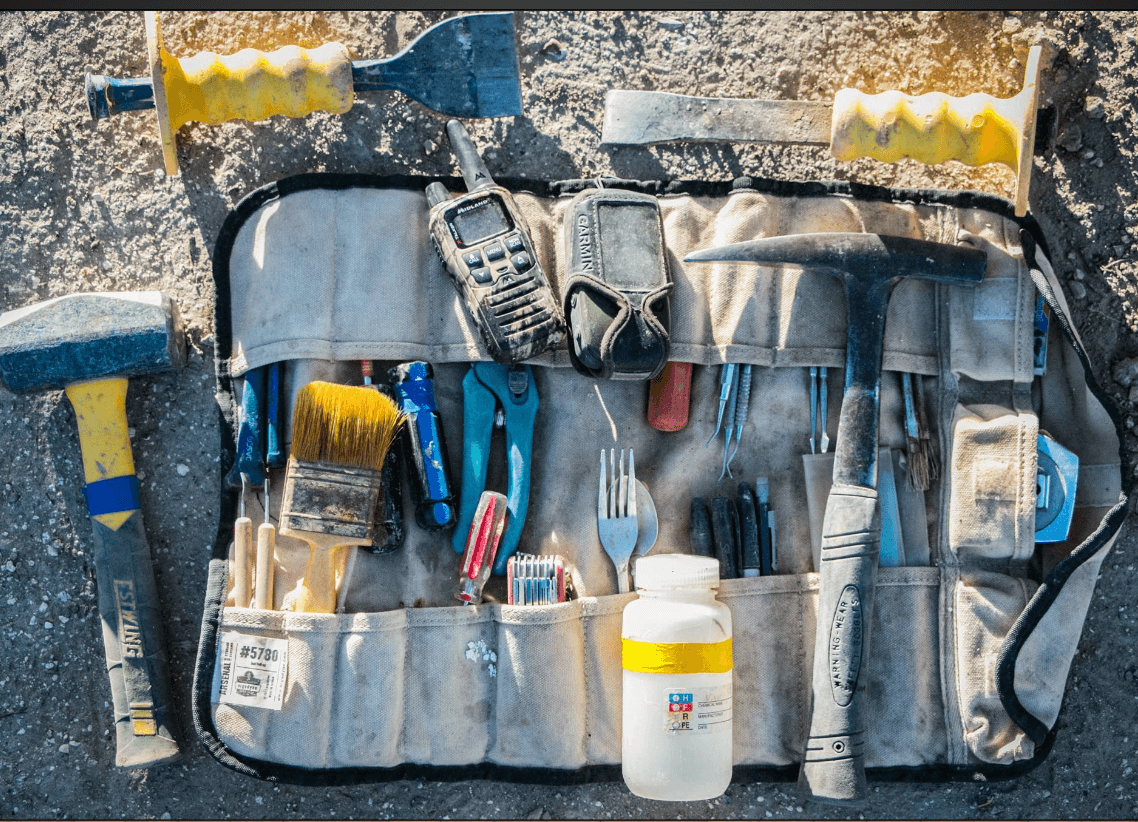 Carrie Levitt-Bussian joined STEMCAP to talk about her job as the Paleontology Collections Manager at the Natural History Museum of Utah.  She visited Slate Canyon and the Oak Springs School at the State Hospital in Provo, presenting to a total of 22 students over six class periods; and then Decker Lake, presenting virtually to about 15 students over three class periods.

Carrie gave the students an overview of the different aspects of her job – including fieldwork, cataloging, and histological research.

While being the “librarian for fossils” occupies much of her time, fieldwork is – by her own admission – Carrie’s favorite part of the job, and also proved to be the favorite of many of the students! She praised the abundance and closeness of Utah fossils and dig sites to the Natural History Museum, touting that her team could access multiple different geological eras within Utah. She shared pictures of her team, of the tools – including jackhammers and concrete saws – and the helicopters that help them to transport their (heavy!) finds.

In the last part of her presentation, Carrie showed the students how she conducts her research in the lab. Trained in the field of histology (the study of the microanatomy of cells, tissues, and organs as seen through a microscope), Carrie looks at the composition and structure of dinosaur bones by cutting them open. She pointed out the similarities between bones and trees – how they both grow rings that reveal age and environmental disturbances. She also demonstrated how the long-assumed relationship between reptiles and dinosaurs could be interrogated by looking at bone porosity, showing how the number of blood vessels in bones (creating holes that create greater porosity) were far more like that of birds, and their bodies were, in fact, light and agile – and warm-blooded!

For the students at Decker, she gave a “Portal to Science” presentation, giving a virtual tour of her lab. She showed the students many of the excavated fossils found by her team – some up to three or four feet long and weighing several hundred pounds. She showed examples of the “jackets” of plaster that bones are brought back in from the field, and also the lab where staff and volunteers were diligently de-jacketing, cleaning, and mending fossils.

Bone cross-sections: Comparing the porosity of a bird vs. a dinosaur vs an alligator – showing that the number of blood vessels in a dinosaur is closer to that of a bird. 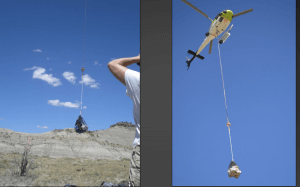 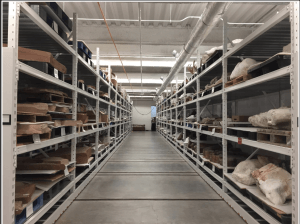 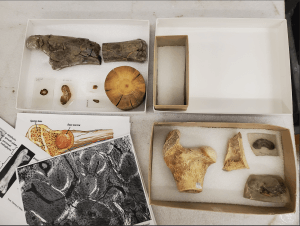 Bone Specimens: Carrie brought a fossilized dinosaur bone that she had cut, as well as the ground down sections that she had made. She brought a cow bone and tree section – to compare their cross sections. She also brought microscopic images of her cross-sections. 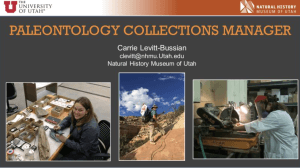 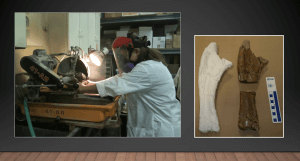 Histological Research: Carrie cuts a dinosaur bone with a tile saw. Before conducting “destructive research,” Carrie will make a replica of the bone so that the details of it as a whole are not lost. 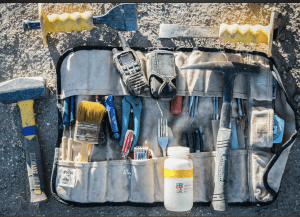