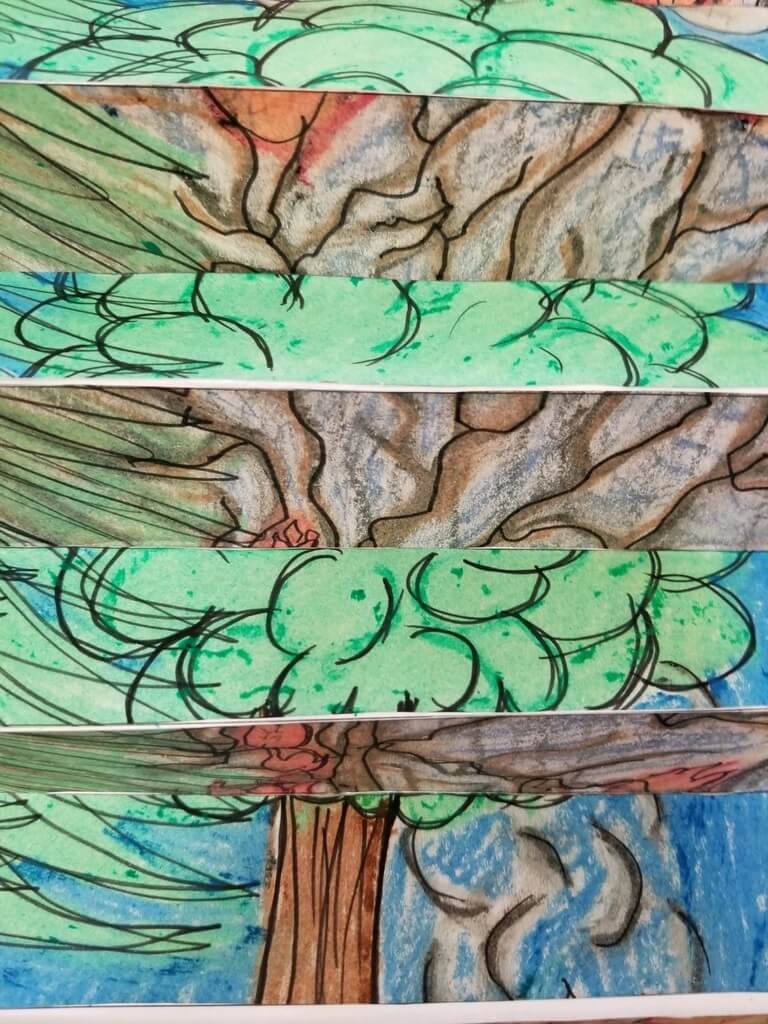 Over the past two weeks students at the Salt Lake Valley Youth Center have been participating in a series that sheds light on a grand environmental challenge through science and art. This year the students at this center learned about Climate Change. In the first week they got a crash course in climate change through an in-depth presentation. They then watched a documentary called Chasing Ice about a photographer that captures images of icebergs before they are gone forever. Finally, they participated in a workshop with a biologist from the University of Utah who studies the effects of climate change on Juniper trees.

In the second week the students wrote Haiku about how they feel about climate change, they also made visual art with oil pastels to express themselves. They then participated in a virtual museum tour from the Utah Museum of Fine Arts (UMFA) where they looked at exhibits created by African American artists as well as art evoking thoughts and emotion about climate change. In the last workshop the students got the opportunity to write to their peers, an undergraduate class at the University of Utah, about their perceptions, thoughts and feelings regarding climate change. The end of the series was celebrated with a symposium where students showed off their work and interacted with the presenters from throughout the two-week series. All of the students did a fantastic job!