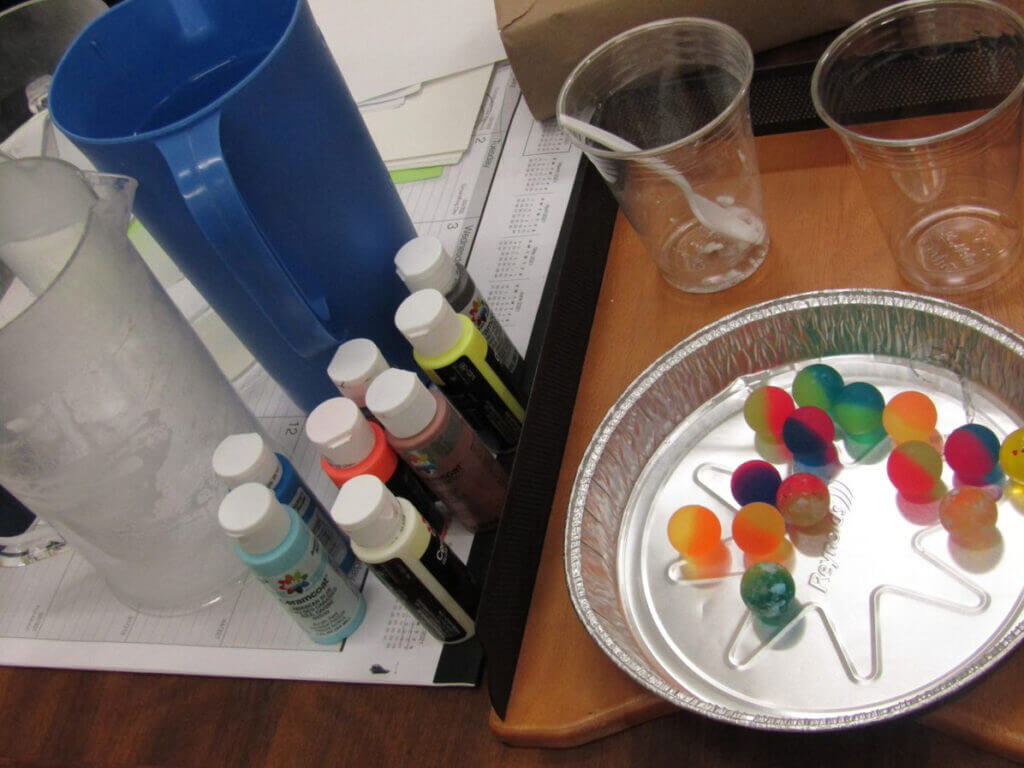 By Laura GeorgeFebruary 26, 2021No Comments

On Thursday, February 11th the students at Decker participated in a presentation from the STEMCAP group.  The students learned about the chemistry and lifeforms of the Great Salt Lake.  The Brine Shrimp were particularly interesting to the boys, some of whom wanted to know if they could be eaten.  Alas, they are too small and not particularly appetizing.

Land Art, in the form of the Spiral Jetty, created by Robert Smithson in 1970 at the edge of the Great Salt Lake, was examined.  We all learned about entropy – “a measure of the molecular disorder, or randomness, of a system”.  For some artists, such as Robert Smithson, entropy is a feature of artistic expression.  Some of the students did an art project that encouraged an ordered system (of paint on paper) to become randomly disordered (in a box with bouncy balls).